Close Menu
Miami Insurance Claims Lawyer > Blog > Personal Injury > Can A Non-Parent Bind A Child To Arbitration, Or To A Hold Harmless Agreement?

Can A Non-Parent Bind A Child To Arbitration, Or To A Hold Harmless Agreement? 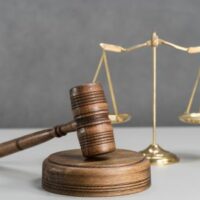 You probably already know that in many areas where extreme sports or indoor physical activity happen, like trampoline parks, ice skating, or go-carting the facilities will want you to sign waivers of liability. These waivers make you promise that you won’t sue them if you are injured. They also may make you promise that if you do sue, that you will submit to arbitration, thus giving up your right to a trial before a judge or a jury.

In many cases, it is kids that are using these facilities, which means that parents have to sign these waivers. When parents sign the waivers for kids, the waivers and limitation of liability are usually considered valid (although there are some ways that they can be challenged). But what happens when a non-parent signs such a waiver?

This happens often—if your child is going to, for example, a trampoline park, and bringing along 2 of his friends, you aren’t related to his friends. But the facility will still make you sign a waiver on their behalf, for all the kids that are with you and your child. Can a non-parent of a child bind that child to the waiver?

Is the Agreement itself Binding?

The first step is to see if the arbitration agreement or the hold harmless agreement is even enforceable in the first place. In some cases, based on their wording, they may not be. If the waiver is not enforceable or drafted correctly then it doesn’t matter if the non-parents signature is valid. The waiver won’t be valid anyway.

There isn’t a lot of law in this area, but many courts have said no, that a non-parent cannot limit a child’s rights by signing an agreement on behalf of that child. Only a biological or legal parent can do that.

Other courts have looked at what is known as apparent authority. Courts will say that if an adult held himself out to be a child’s guardian, and didn’t give any indication that this wasn’t the case, the business is entitled to rely on the adult’s signature of the waiver, making the release valid and enforceable. In fact, many adults sign waivers, without reading them, not being aware that the waiver is making the signor pledge that he or she is the child’s parent or guardian.

Many agreements will simply say that the person signing is a parent, or else, that the adult has the legal authority to sign the agreement which limits the child’s rights to sue. Where the agreements say this, it may be harder to argue that the limitation shouldn’t be binding on the child or his or her family.

Contact the Miami personal injury attorneys at Velasquez & Associates P.A. today to see if you may have a claim for injuries against a negligent person or business.

By Velasquez & Associates | Posted on August 22, 2022
« Why You Shouldn’t Sign A Blanket Medical Authorization
Can You Make A Homeowners Insurance Claim For Mold? »