Can Your Private Adjuster Also be Your Appraiser in Your Insurance Claim Dispute? 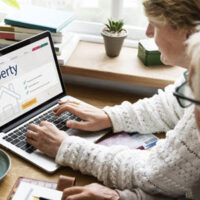 In many cases, disputes arise in property damage cases as to what the value of the homeowner’s loss actually is. The homeowner and the insurer can argue about it, but value can be a subjective term, and can be based on a number of factors. That’s why in most cases, if there is a dispute over the value of a repair, an insurance policy will require that an appraiser be appointed to determine the value.

However, there is little case law on just what a neutral appraiser is. The problem is whether a homeowner can use its own adjuster as the “neutral” appraiser, differs depending on which county you live in. Courts in some counties will not accept an adjuster as an appraiser, because the adjuster may be biased towards the homeowner, and may even have a stake in the outcome of the case, if the adjuster has a contingency fee agreement.

Should it Be Fair on Both Sides?

Advocates also point out the fact that homeowners don’t have the finances that insurance companies do. Forcing homeowners to use an appraiser other than their adjuster, means paying that new, supposedly neutral appraiser. This creates an extra financial hurdle to property owners who are just seeking to comply with their policy.

The Florida Supreme Court has been asked to resolve the question of what a neutral appraiser is. It is unknown whether the Court will accept the case, or when any ruling will be made. Until then, it will be up to each individual judge to determine what a “neutral” appraiser is.

If you have a business and have an insurance dispute with your property insurance company, or a homeowners’ insurance claim, contact the Miami property damage insurance claims attorneys at Velasquez & Associates P.A. today for help.

By Velasquez & Associates | Posted on June 8, 2020
« Privacy Laws Can Make it Hard to Get Records of Prior Accidents
Why Your Homeowners’ Insurance Check Has Your Mortgage Lender’s Name on it »