Homeowners Risk Having Policies Canceled Because Of Older Roofs 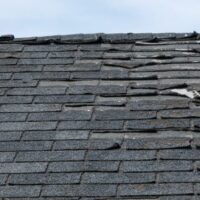 Usually when we hear about insurance companies dropping policyholders, it’s because of hurricanes, or other weather that is unique to South Florida, and which causes a lot of policy claims to be made. But recently, it was reported that insurance companies may be dropping homeowners from policies, for no other reason than the age of their roof.

Many homeowners have been or are about to be dropped from their homeowners insurance policy, because their roof is simply too old. If they are not dropped they may see their premiums rise to amounts that rival what they are paying on their mortgage.

Some insurance companies have raised rates more than 100% or else have requested permission from the state to raise rates by double digits.

State Goes After Consumers and Homeowners

But the state has been slow to respond, instead, trying to go after homeowners by making it harder to file claims against insurance companies. The logic is that there are too many frivolous claims, and by lowering or reducing the claims, the insurance companies will pass those savings onto policyholders.

If they did offer to replace the entire roof (and many are required to do so by mortgage companies), insurance companies would be allowed to increase the cost of the policy.

The law, if passed, would still require full replacement for roofs younger or newer than 10 years old, so long as the roof was damaged from a named hurricane.

Lawmakers say the change is necessary because many homeowners don’t replace their roofs, and simply keep roofs that are 20 years old or older. When a storm or other event comes, lawmakers say, homeowners receive a windfall (no pun intended) by getting the value of a brand new roof.

Insurance companies in the meantime are canceling policies on homes with older roofs.

Previous efforts at lowering the costs of insurance have failed, such as a law passed last year that restricted how roofers can advertise to homeowners. However, that hasn’t stopped insurers from pulling out of the state or from dropping policyholders.

We can help you if your roof has been damaged, and you need to make a homeowners insurance claim. Contact the Miami property damage insurance attorneys at Velasquez & Associates P.A. today.

By Velasquez & Associates | Posted on April 14, 2022
« What If You Die Before Your Injury Case Is Over?
You Probably Never Noticed All The Things That Can Be Dangerous On Stairs »