Insurance Claims for Theft Can Be Difficult to Prove 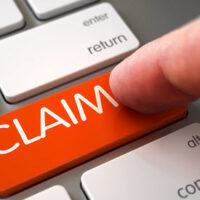 Why Theft Claims Are Different

The core problem with theft is that theft often depends on the intent of the wrongdoer, and whether the loss is a legal theft or not. Sometimes it’s obviously a theft, such as when a robber breaks into your home and steals your property.

But sometimes it isn’t so obvious. Take, for example, a married couple that is now separated. One spouse has moved out but still has property in the insured home. He or she gets into the home (without permission) and takes his or her things. Now it gets a little more difficult to determine whether or not there has been a legal, and insurable theft or not. In fact, the couple may even have a dispute over who owns the property.

Sometimes, people will deprive others of property temporarily. For example, assume you allow a homemaker to enter your home to clean. He or she cleans, then takes your laptop, uses it, damages it, and returns it. Was there a theft? The property was taken illegally, but the homemaker had permission to enter the property, and it was returned (in bad shape).

However, this legal definition can be modified by the terms of your insurance contract. For example, some policies allow for more leeway, including “disappearance” or “mysterious disappearance” as a theft. In that case, all the homeowner needs to show is that the property is gone without reasonable explanation—no intent to permanently deprive the owner need be shown by the insured.

If there is no policy definition, courts will sometimes just look to whether the disappearance of property would be a theft under Florida’s criminal laws. Remember that Florida criminal laws have numerous kinds of theft—larceny, embezzlement, breaking and entering, and others. That can sometimes create even more confusion. Some forms of theft may require showing the element of intent, or the intent to permanently deprive, but some may not.

Your homeowner’s insurance policy covers not just loss to the physical elements of your property, but also to the property inside your home. Make sure that you have proper coverage if the insurance company tries to deny you benefits that you are entitled to. Contact the Miami property damage insurance attorneys at Velasquez & Associates P.A. today with any questions you may have.

By Velasquez & Associates | Posted on April 27, 2020
« What is an Examination Under Oath?
CARES Act Gives Some Relief to Homeowners in Foreclosure »