Insurance Company Denies Coverage Because Of A Difference In Claim Value 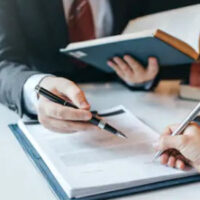 When an insurance company evaluates a claim, two kinds of problems can happen for the homeowner. The first problem is that the claim is wrongfully denied. This means that the insurance company says there is no coverage, when in fact the policy says that there should be coverage.

The second problem is when the insurance company says that there is coverage but there is a dispute over the amount of loss, or the value of the claim.

But the Florida Supreme Court is about to make a determination as to what happens when the dispute is so vast—that is, the difference in value that the homeowner and insurance company give, is so different, that the insurer denies coverage.

How Does This Situation Happen?

Problems With Denials of Coverage

As you can imagine, when the insurance company denies coverage, it creates a long, drawn out lawsuit. The homeowner isn’t getting damage appraised. The insurance company isn’t even talking about amounts—to get them to do that, you first have to sue, and get the court to agree that there is coverage under the policy.

Getting an Appraisal When There is a Denial of Coverage

Contact the Miami property damage insurance attorneys at Velasquez & Associates P.A. today if you have a dispute with your property insurance company.

By Velasquez & Associates | Posted on July 12, 2021
« What Is The Valued Policy Law?
Suing For Injuries Caused By Dogs »