Man Is Injured When Diving In Pool’s Shallow End 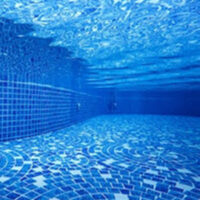 There are many things in personal injury law that are dangerous and which could hurt someone else, but if they do hurt you, you generally can’t sue for them. For example, conditions that are open and obvious can prohibit (or limit) your ability to sue, and certain inherently and obviously dangerous things, like residential pools, can also create problems.

But even where the law makes it difficult to sue, there are often ways around these difficulties. One such exception is what is known as a hidden trap.

A hidden trap isn’t literally a trap door in the floor like you see in old cartoons, but rather, a dangerous condition that is concealed. A hidden trap can turn what looks to be a very safe condition, into a much more dangerous one.

A great example of a hidden trap is demonstrated in a recent case, involving a man who was injured when he dove into the shallow end of a residential pool. Of course, we all know that pools have shallow ends, and we (should) all know not to dive into those parts of the pool.

So, normally, the victim would have been prohibited from recovering any damages. Except this pool was unique; different from most other pools. This pool actually had two shallow ends—something that you rarely see in residential pools. Normally, a pool has one shallow end, where the stairs are, and the opposite end is the deep (and thus, safe to dive into) end.

The Defendant tried to get the victim’s case thrown out of court, but the judge disagreed, and allowed the case to continue, citing the fact that the victim’s assumptions that there would only be one shallow end, coupled by the foliage concealing the stairs, made it reasonable for him to believe that he was jumping into deeper waters.

Are You a Victim?

Hidden traps can happen all the time. Many times, when we fall over objects on the floor, or substances on the floor, it is because these conditions are somehow obstructed, or because there is something in the nearby environment that conceals or masks the dangerous condition. When it does, a victim can sue, even if the dangerous condition would otherwise have been open and obvious.

Contact the Miami personal injury attorneys at Velasquez & Associates P.A. if you have been injured in any kind of fall.

By Velasquez & Associates | Posted on October 28, 2022
« Read Your Business Interruption Policies Carefully
Can You Get An Insurance Company’s Claims File? »