Res Ipsa Loquitur – Negligence Without The Necessity Of Proof 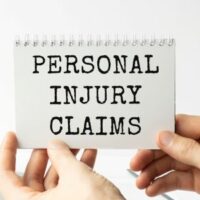 There are some things that happen, that you know in your gut aren’t supposed to happen unless something went wrong. You don’t know what happened or how the negligence happened. But you do know that there is no other explanation for an accident that causes someone injury, other than negligence.

Res Ipsa Loquitur – What Does a Victim Have to Prove?

That is the heart of a legal theory known as res ipsa loquitur. The theory with the funny sounding name, has serious impacts for injury victims, and can often provide an avenue for victims to recover damages when they otherwise wouldn’t be able to do so.

Normally when there is an accident, it cannot be assumed that there was negligence. After all, sometimes accidents happen and people get injured, but nobody did anything wrong or careless. That’s why you need to prove negligence. Victims must prove negligence to demonstrate that someone did something or failed to do something that caused the accident.

But with res ipsa loquitur, you don’t have to prove negligence—the fact that the accident happened, is evidence of negligence.

So long as a victim can prove that the accident wouldn’t have happened in the absence of negligence and can show that the party you are suing had direct control of the conditions surrounding the accident, a victim can prevail on a res ipsa loquitur claim.

The best way to demonstrate res ipsa loquitur, is to use an example.

Let’s say you are walking in an aisle in a store. From above, a large object falls from a high shelf onto your head, causing you an injury.

Clearly, things aren’t supposed to fall out of the sky or from storage shelves, on people’s heads. The simple fact that the accident happened that way, shows negligence. Because the object fell from high up on a top shelf, nobody other than the store’s employees could have created the conditions that caused the accident.

Another classic example is having a foreign object like a tool or a sponge left inside of you after a surgery. Again, objects aren’t supposed to be left inside of people, and that doesn’t happen unless someone was careless or negligent.

You’ll notice in both these examples, you may have no actual first-party observation of the negligence. You didn’t see someone stock the top shelf, and you didn’t witness the surgery (hopefully).

But that’s OK, because res ipsa doesn’t require that you have any first-person observation, or even that you put on any evidence at all, other than what happened to you, and who had control over the conditions that lead to the injury (and of course, evidence of your damages or injuries, which are the same as they would be in an ordinary negligence case).

Contact the Miami personal injury attorneys at Velasquez & Associates P.A. today if you are a victim in any kind of accident.

By Velasquez & Associates | Posted on June 28, 2021
« Understanding Differences Between Florida’s Wrongful Death And Survivor’s Statutes
What Is The Valued Policy Law? »