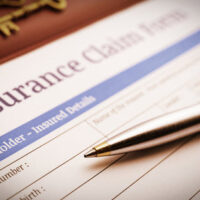 Most homeowners insurance policies require that the parties submit to an appraisal, in the event that coverage is accepted, but there is a dispute about value, or the amount of damages. A hot issue in appraisals is whether a public adjuster can serve as the appraiser.

The Arguments on Both Sides

Insurance companies say no—they say that their policy requires a neutral appraisal, and because public adjusters normally are hired by, and work for, homeowners, they can’t be considered neutral. Insurance companies also say that many public adjusters work on contingency, so they can hardly be neutral when they have a financial stake in the appraisal, and the outcome of the insurance dispute.

But homeowners say that technically, most policies say that each side – the homeowner and the insurance company – get to hire their own appraiser, which means that the homeowner could choose the public adjuster. Then, if both sides’ appraisers have differing opinions, a third, neutral appraiser can be hired.

Whether a public adjuster can serve as the appraiser is such a contested issue, it made its way all the way up to the Florida Supreme Court.

The Supreme Court agreed to hear the case. And then, just recently, they decided not to hear it, effectively changing their minds.

This leaves current case law in place, making it a conflict of interest for a public adjuster to serve as a disinterested appraiser.

Other Questions are Undecided

The adjuster in the case was employed with a contingency agreement—that is, the appraiser stood to make money from a successful outcome. It remains to be seen whether a contract with a public adjuster that didn’t involve a contingency fee arrangement would be considered a conflict of interest.

It also remains to be seen how much the current law will limit insurance companies.

The Scope of the Case

Remember that the case didn’t determine whether a homeowner can enter into a contingency fee arrangement with a public adjuster—that is established. The question (that the Florida Supreme Court opted not to decide) is whether the adjuster can serve as an appraiser, where a policy requires all appraisers to be disinterested or neutral.

The requirement that an appraiser be disinterested goes beyond just appraisers. A homeowner could not appoint, for example, their insurance attorney to be an appraiser, or a relative with appraisal experience. Anybody with an interest in the outcome of a case, or with a relationship to the homeowner, can be expected to be challenged by an insurance company if an appraisal is mandated by the insurance policy.

Contact the Miami property damage insurance attorneys at Velasquez & Associates P.A. today for help if you have a dispute with your homeowners insurance company.

By Velasquez & Associates | Posted on December 20, 2021
« The Right To Repair Means The Insurance Company Needs To Repair Correctly
Should Cars Be Rated Based On Pedestrian Safety? »