The Constitutional Challenge to a Sinkhole Claim Law 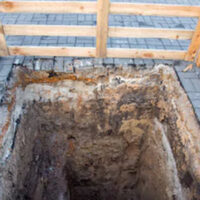 Law is Challenged as Unconstitutional

The case involved a challenge to a law passed by the Florida Legislature which required a neutral evaluation of sinkhole damage claims. The law said that the individual doing the evaluation had to have certain qualifications, and required that the parties submit their sinkhole claims to the neutral evaluator before they could actually file a lawsuit.

However, the Florida appellate courts disagreed. The court pointed out that the statute was not requiring that anybody’s testimony be admissible in court. Rather, the statute just required that the parties engage in a pre-suit process to try to resolve the case before going to court.

Pre-suit alternative dispute resolution is common in many kinds of cases, and requiring that parties submit to an arbitrator, mediator or in this case, a pre-suit neutral evaluator, did not infringe on the Court’s power at all.

The challenged law also said that the report of the neutral evaluator had to be admissible in trial. Once again, the decision as to what is and is not admissible, is something that courts decide. There is a written evidence code, with laws passed by the legislature.

However, when a law specifically says that a given report, no matter what, has to be admissible in every single case, the legislature is in effect telling a judge what he or she must do in the course of a trial. That violates separation of powers, according to the homeowner challenging the law.

But ultimately, the Florida Supreme Court disagreed, saying that the law was constitutional. The Court said that although the law required the neutral evaluator’s report must be admitted as evidence, it didn’t say the court had to listen to the evidence, or give the evidence any degree of importance or weight.

Questions about whether damage to your home or to your property should be covered by your insurance policy? Contact the Miami property damage insurance attorneys at Velasquez & Associates P.A. today for help.

By Velasquez & Associates | Posted on December 14, 2020
« Exploding Bodies and Named Peril Insurance Policies
Do Police Need a Warrant Before Obtaining Your DNA? »