What Happens When Evidence is Lost or Destroyed? 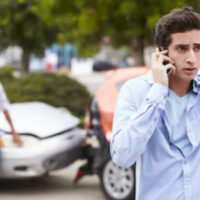 There is an inherent imbalance in personal injury cases when it comes to gathering evidence. A victim needs to prove his or her case—that is, the plaintiff must prove that the defendant was negligent. However, in most cases, most of the evidence that would be needed to prove that negligence is owned by, or in the possession of, the defendant. How does a plaintiff make sure that the evidence needed to prove a case is not accidentally (or intentionally) lost, damaged, or destroyed?

Whenever a party has reason to know that a lawsuit may be filed, it has an obligation to preserve anything that could be used as evidence in the case. That goes for both Defendants and also for victims. A party cannot conveniently lose incriminating evidence.

If evidence that is needed by the other side is damaged or destroyed, there could be a claim for what is known as spoliation of evidence. To demonstrate a claim for spoliation, a party must show:

Spoliation happens all the time, and it isn’t always intentional. For example, video surveillance cameras may automatically overwrite themselves periodically, thereby erasing crucial video footage. Routine deletions of emails by an IT department can destroy evidence. People who have cars or defective products fixed or repaired before the other side or their expert can examine them could be spoliating evidence. Often, in bigger companies, higher-level management will understand the requirement to protect and preserve crucial evidence, but lower-level employees may not, thereby destroying crucial evidence.

When there is spoliation, the penalty is usually an instruction to the jury that is favorable to the side that was not able to access the evidence because it was destroyed. The jury will be instructed to assume that the damaged or lost evidence said what the party who requested but didn’t get it would like it to say.

For example, if a video that would have shown a substance on the floor that caused a victim to fall were destroyed, the jury would be instructed to assume that the substance was on the floor.

Because this instruction can win or lose an entire case, many judges won’t agree that there was spoliation unless there was evidence that the evidence was intentionally destroyed. That can be a tough thing to prove. However, because the penalty of a jury instruction is so powerful in court, most defendants would sooner preserve damaging evidence than try to destroy it.

If you are injured in an accident, make sure you act fast to make sure evidence is preserved, so that your case can be presented the right way. Contact the Miami personal injury attorneys at Velasquez & Associates P.A. today with any questions you may have.

By Velasquez & Associates | Posted on October 24, 2019
« Can a Drunk Victim Still Recover Damages?
Why Right to Repair Clauses Aren’t Consumer-Friendly »