Close Menu
Miami Insurance Claims Lawyer > Blog > Immigration > What is Asylum and Who Qualifies for Asylum?

What is Asylum and Who Qualifies for Asylum? 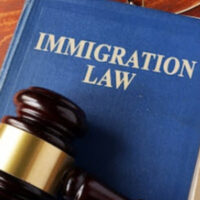 With all the news about immigration today, there is more and more talk about people seeking asylum. But what is asylum, and who qualifies for it?

People who are seeking asylum are not simply coming to this country for more money, or a more comfortable life, although those are still valid reasons to immigrate to America. Rather, people who seek asylum in the United States are fleeing life threatening conditions, persecution, prosecution, or death in their home country.

Asylum seekers are those who would, in their home country, be killed or prosecuted on the basis of their race, religion, or political or social views.

Someone can only apply for asylum status once they are within the borders of the United States—no matter how they got here. The application for asylum must be made within one year of the applicant’s entry into the country.

How and When to Apply

Asylum can be used offensively or defensively by an immigrant. That means that an immigrant can actively apply for asylum status or can use asylum status as a defense to any deportation action by immigration officials. However, while asylum seekers have a right to (and should try to obtain) an immigration lawyer, there is no automatic right to have an attorney appointed for those who cannot afford one, even though in some cases the asylum seeker faces death or deprivation of freedom or liberty if returned to his or her home country.

Asylum seekers are allowed to stay in America while their application is being considered, although the immigrant will not be provided a work permit unless and until the application is granted.

Asylum seekers who appear at the U.S. border will likely be subject to expedited deportation proceedings. However, they can be allowed to remain here, at least temporarily, if they can show that there is a credible threat of prosecution, torture or death if they are returned.

Government is Antagonistic to Asylum Seekers

The government has begun to take a hostile position towards those seeking asylum. Although allowed to remain in the United States while awaiting asylum determination, the government has taken the position that applicants can be detailed while awaiting an immigration ruling. In other words, the government believes that asylum seekers can legally stay here, but that they don’t legally have to be allowed to be free while here. As a result, hearings to determine asylum-seekers detention status have become common.

Although granting asylum would seem to be the humane and American thing to do, many people who have been sent away, or refused entry into America have faced repercussions when returned to their home country, or when they are initially denied entry at the border.

Those granted asylum can eventually apply for residency, and after that, permanent citizenship. They will also receive a social security number and be able to work in the country.