Why Are Brightline Trains So Dangerous? 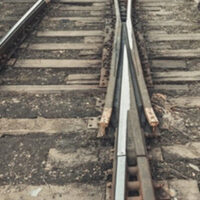 The Brightine railway system promised South Floridians a new method of mass transportation, in a region where mass public transportation is sometimes hard to find. And to some degree, it has delivered; Brightline trains are known to be fast, efficient, and clean. But they’re also starting to be known for something else: Deaths. So much so, one local media outlet called Brightline trains a “Death Train.”

Most of the deaths come from trains colliding with cars and pedestrians. The amount of collisions is so numerous, that it almost seems there is another report of a Brightline accident every few days. Before Brightline, train accidents were relatively rare. So what’s going on? Why are Brightline trains seemingly so prone to causing injuries and accidents?

There is no one easy answer to this question. But one thing that may be contributing to the accidents, is Brightline’s use of CSX train railroad tracks.

The CSX trains carry freight and you may know CSX trains as the very slow trains that often ploddingly and deliberately go through the eastern portions of Broward and Palm Beach Counties. And that is what many people see as part of the problem: Many people—bicyclists, cars, and pedestrians—are used to having plenty of warning between the time they see or hear a train approaching, and the time they have to get out of the way.

But Brightline trains move much faster than CSX freight trains. That means that people who may try to beat trains, or who may slowly make their way out of the way when hearing a train, used to having plenty of time to do that with a CSX train, find a Brightline train is on them sooner than expected.

Crowded Locations and a Lot of Trains

This speed is made even more dangerous by the tracks’ locations. They often go through eastern neighborhoods, and many of those neighborhoods have clubs, bars, and other areas where people walk about on foot, often at night. This can make Brightline trains hard to see or hear.

Because Brightline trains use CSX tracks, that means that those tracks simply carry more trains. People may be getting tired of waiting for trains, or just used to the sounds of an oncoming train; those sounds don’t get people’s attention the way they used to, when there were fewer trains using those tracks.

There are no uniform laws that say what kind of warnings a railroad crossing must give. Some laws that may require horns or other aural warnings are negated by local laws, which may require that trains quiet down so as not to bother neighborhoods and homes.

There are gates at railroad crossings, but those gates don’t often detour people on bicycles or people walking on foot. Some may lower so slowly that cars are encouraged to beat them—a tactic that can be fatal, when fast Brightline trains are coming down those tracks.

Have you been injured by a train or at a railroad crossing? Contact the Miami personal injury attorneys at Velasquez & Associates P.A. for help today.

By Velasquez & Associates | Posted on November 29, 2022
« Don’t Forget These Additions To Your Standard Insurance Policies
Lawsuit Funding Has A Number Of Dangers »