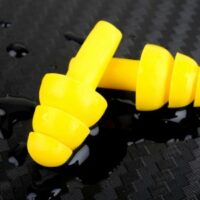 3M Earplugs Alleged to be Defective

The lawsuits arise from manufacturer 3M, which made earplugs for service members. With service members’ ears so close to the weapons they fire, having protective ear plugs, which is what 3M made, is of utmost importance.

But the lawsuit alleges that the 3M earplugs were actually defective. Sold to the military from about 2007 to 2013, the earplugs had to be folded in a very specific way before being inserted into soldiers’ ears in order for the user to get the full benefits of the protection from the noise canceling devices.

But the lawsuit alleges that the ear plugs’ instructions were not clear, or were not given at all. As a result, the lawsuit alleges, many soldiers used the 3M earplugs believing they were getting sound protection for their ears, when in fact, they were not. Many were left with long term and permanent hearing damage.

It was the government that discovered the problem, before the individual soldiers did; the government made claims against 3M, which led to the company paying the government millions of dollars in damages. Tens of thousands of soldiers who suffered hearing loss during or after their service but did not know why, now had an answer.

The 3M case is illustrative of the principle that in a products liability case, it’s not just the product and its safety that matters–it can also be the instructions. A product that is otherwise safe (or which is intended to protect against dangerous conditions), can be made dangerous, if proper, clear and complete instructions aren’t given to end users.

A product or item can also be unsafe, if it is allowed to be used by someone who shouldn’t be allowed to use it—this is how many gun liability lawsuits happen. However, this is not a product liability theory, or related to a defective product. It is merely illustrative of the ways that someone can be liable, when a product injuries somebody.

Retailers Can be Sued Also

The need to ensure that full and complete instructions are provided isn’t just on the manufacturer–retailers can also be sued for defective products that cause injury.

Although retailers often have no control over what is printed on a products’ instructions, the retailer can, and should, remove products where it is suspected that instructions may be incomplete or unclear–especially on products meant to prevent or avoid injury or which provide protection from a known danger.

Were you injured by a defective or dangerous product?  Contact the Miami personal injury attorneys at Velasquez & Associates P.A. today.

By Velasquez & Associates | Posted on January 2, 2023
« Watch Out – Construction Sites Can Be Dangerous
Volunteer Is Killed By Rescue Dog; Who Is At Fault? »