Ambiguity And Confusion In Insurance Contracts 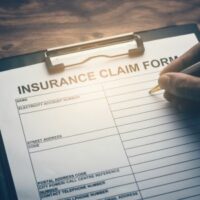 Even though your homeowners insurance policy is seemingly endless, with small type, and even though it has been crafted and edited by the insurance company throughout the years, it still happens: there are words or phrases that are vague or ambiguous, open to interpretation to two or more meanings.

Questions Resolved in Favor of Policyholder

The good news for policyholders is that any ambiguity is, by law, supposed to be interpreted in favor of coverage. And, as a general contract rule, ambiguities in contracts are drafted against the drafting party—in this case, that would be against the insurance company.

There are actually multiple situations when a contract will be considered to be ambiguous. This can include actual ambiguity—such as when a contractual term has more than one reasonable meaning. Vagueness is when a term or part of the contract is simply unclear, or not precise.

Vagueness may depend on the contractual provision. For example, an exclusion that says that damages by “loose animals” may be vague in that it is unclear what a “loose” animal is. However, a contractual provision that requires that a homeowner make a claim “as soon as possible” may not be vague, even though there are no definitive time frames set forth.

Provisions of the insurance contract can be obscure, absurd, contradictory, or simply make no sense. Terms within the contract may contradict each other, causing confusion. This can often lead to absurd results.

Definitions or Lack of Them

Problems often result from lack of definition. For example, a provision that says that any “physical damage” to property by a “foreign substance” may, on the surface, seem clear. But what if poison gas leaks into the property? Are damages caused by the gas (or remediating it) covered? Is poison gas “physical damage?” It certainly may cause damage to equipment (or people), but is it “physical?”

This may seem like silly stretching of words in the English language. But you can expect the insurance company to try to stretch the definitions to their favor, when they try to deny coverage.

Two Parts to Your Case

When the insurance company denies coverage for your property damage based on language in the contract that you disagree with or which you feel is confusing, contradictory, vague or ambiguous, your case really has two parts to it.

The first part is coverage—that is, will the court agree with your reading of the contract, providing coverage, or the insurance company’s reading?

Contact the Miami property damage insurance attorneys at Velasquez & Associates P.A. today if your home has been damaged and you have problems with your homeowners insurance company.