Can You Record An Adjuster Doing An Appraisal Of Damage? 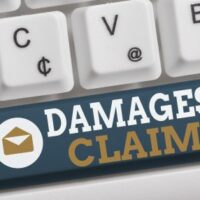 Let’s say that you have a homeowners insurance claim. You call the insurance company, and they say that they are sending over an adjuster to evaluate the damage, and perhaps ask you a few questions.

Homeowner Sues for Right to Record

One homeowner had a solution: Simply videotape the adjuster, as he goes through the property, doing his inspection. Naturally, the insurance company didn’t like that, and tried to stop the homeowner from recording the adjuster.

The homeowner filed suit, asking the court to determine that he in fact had the right to videotape the inspection.

Florida does have a wiretapping law, which prevents recording people unless all parties consent.

However the appellate court agreed with the homeowner. The court noted that the adjuster was, essentially, simply a visitor to the homeowner’s home. Because of that, the adjuster had no reasonable expectation of privacy. If someone has no reasonable expectation of privacy, it is legal to record them, whether they consent or not.

Furthermore, as the homeowner pointed out, there was nothing in the policy that specifically precluded the homeowner from recording the adjuster.

The case is a win for homeowners. However, it could also signal insurers to start adding “anti-recording” provisions to their insurance policies.

Until they do however, recording may be a good way of memorializing what the parties did, said, and saw at an inspection. It is always best to notify the insurance company of your intent to record, preferably through your homeowner’s insurance attorney.

One can imagine a situation where an adjuster evaluates property and appraises the damage at a lower figure than the homeowner expected. Then, after looking at the videotape, it is revealed that the adjuster in fact did only a cursory review of damage, or didn’t review the property in its entirety.

By Velasquez & Associates | Posted on October 4, 2021
« What Is Inference Stacking?
Ligaments, Whiplash, Sprains And Strains: What Are They? »