What Is Inference Stacking? 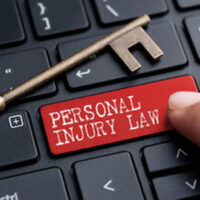 An inference is an assumption that people make, based on the facts in front of them. Something is an inference because although it is not 100% known or observed, it is a deduction that can be made based on known or credible evidence.

For example, if ice cream had spilled on the floor, and you saw the ice cream was spread out (melted), with footprints in it, you could infer that the ice cream had been on the ground for a reasonable amount of time. If the front of a car is totally smashed in, it can be inferred that the car was involved in a higher impact collision.

But sometimes, a party asks a jury to “stack” inferences. That means that the jury is asked to make an inference, based on an inference. That is not allowable.

For a jury to find the construction company liable, it would have to infer 1) that there was a puddle there,  2) that your car did, in fact, hit the puddle, and 3) that the puddle was there, because of faulty construction.

Compare that with a scenario where your car hits a large couch sitting in the middle of the road. Does the jury have to infer that the couch fell off a car? Not necessarily—there is almost no other way for a couch to get in the middle of a roadway. That isn’t an inference—or at least, it’s a permissible, reasonable inference. So, a jury can legally and properly then infer that the couch was there because somebody didn’t properly and fully secure it.

In an actual case, a woman slipped on water on a Publix floor. The jury inferred that it had come from mop that a nearby employee was holding.

But that was an inference on an inference—first, that the employee’s mop was wet, and caused the water on the floor, and second, that the store or employee knew about the condition, based on the fact that he was allegedly holding a wet mop. The court did not allow this kind of inference to be made.

As you can see, you can infer—but you can only infer one time. Asking a jury to make an assumption on an assumption (“stacking inferences”) will lead to a reversal of a verdict.

Contact the Miami personal injury attorneys at Velasquez & Associates P.A. today for help recovering damages in court after your injury.

By Velasquez & Associates | Posted on September 27, 2021
« Things You Thought Your Homeowner’s Insurance Covers…But It Probably Doesn’t
Can You Record An Adjuster Doing An Appraisal Of Damage? »