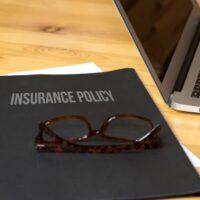 We often talk about what a homeowner insurance policy will cover or what it’s supposed to cover. But what won’t it cover? There are a lot of things that most policies will exclude, and they aren’t always bizarre or unexpected things that you would think would be excluded.

Jewelry is small, and can easily be blown away in a storm, or swept away by a flood. Although some policies have some coverage for jewelry, in most cases, the value of the jewelry is limited to an amount that is much less than what even a decent priced piece of jewelry is worth. You can purchase additional insurance for jewelry, but you’ll have to pay extra, for an extra endorsement in most cases.

This kind of coverage for damage caused by dogs can vary. Some policies will exclude liability coverage for damage done by dogs. Others will include coverage, but limit the types of breeds that are covered—as you probably can imagine, so-called “bully breeds,” or breeds that have a high biting incident rate, are usually the ones that are excluded.

Insurance policies are generally for causes that are unanticipated, and unavoidable by the homeowner. They don’t cover things like wear and tear, because insurance companies don’t want to be responsible for paying or damage that could have been prevented through maintenance.

This also applies to installation problems. If someone installs a roof shingle, or a washing machine, or an air conditioner part improperly causing a flood, the insurance company considers that a preventable incident. They don’t want to prove coverage for the errors that other people make.

You’re thinking, “you mean if a pipe bursts and floods my home I’m not covered?” That’s partly true. You would be covered for damage caused by the flood, if the pipe bursts. However, the actual repairs of any damage or burst pipes, would not be covered in most policies.

Mold is generally excluded from most insurance policies. And, insurance companies usually believe mold can be avoided through proper maintenance. But if the mold is caused by a covered cause, it may be covered—for example, if there’s a covered appliance leak leading to a flood, and the after effect of the flood is mold growth, the mild damage may be paid.

Most policies will not cover damage caused by pollutants that emanate from off of your property. However, other laws, such as environmental laws, or just common law, may provide you an avenue to hold the polluting party liable for your damages.

Bug infestation, including things like termites, which can damage the structure of your home, are considered preventable. That means most policies won’t cover damage that they may cause.

Contact the Miami property damage insurance attorneys at Velasquez & Associates P.A. today for help figuring out what your insurance company should be covering, when they try to deny paying your or damage to your property.

By Velasquez & Associates | Posted on September 20, 2021
« Should You Sign A Confidentiality Agreement In Your Personal Injury Case?
What Is Inference Stacking? »