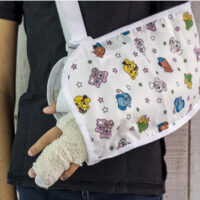 When kids get injured, we often dismiss it to their own carelessness. Kids are just kids, or kids are too wild, or kids often get hurt—that is normal.

There is some truth to this—the reason why kids need adults in the first place is to take care of them, and certainly, kids don’t have the same ability to look out for their own safety, the way that an adult does. But don’t be misled into thinking that every time a child is injured, it is his or her fault. Child injuries are serious, and happen because of many different causes.

Let’s imagine a bunch of kids playing on a school playground, when one child gets hurt from a fall. Certainly, if the child was just running and tripped, it is unlikely anybody is responsible. But what about these scenarios?

Now, the fall isn’t just a fall—now, you can say that someone may have been responsible for the child’s injuries, and that the fall could have been avoided, or made less serious.

The school has an obligation to supervise children, and protect them from situations that can be potentially dangerous, whether that means keeping the grounds safe, or stopping or minimizing incidents of abuse, or bullying.

The same holds true when the child is injured at someone else’s house—how many times has an adult just left kids to “play on their own?” If your child is injured when a supervising adult does that, you may have a claim against the adults who should have been watching.

Kids who play sports get injured, and that’s expected. But was the injury made worse by a failure to call for medical attention? Or a coaches’ failure to attend to the child, or the failure to hold the child out of further physical activity?

As you see, in many cases, child injuries aren’t just the fault of the child, and many can be minimized, or avoided completely, when adults exercise care and attention.

Contact the Miami personal injury attorneys at Velasquez & Associates P.A. today for help if a child in your family has been injured in any way.

By Velasquez & Associates | Posted on February 28, 2022
« How Does A Jury Evaluate Cases?
What Is Covered In A Typical Homeowners Insurance Policy? »