Court Rules LGBTQ Employees Have Protections in the Workplace 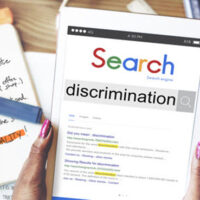 You probably know by now, just based on your experiences as an American, that discrimination in the workplace based on race, nationality or sex, is illegal. In fact, federal civil rights statutes allow employees and applicants to jobs to sue for money damages if they are victims of discrimination.

Protection Based on Sex

Part of the law’s protections extend to protecting people based o their sex, a word that has long been associated with gender. In that way, the civil rights laws have provided vital protection to women (and men) in the workforce, allowing women to break the “glass ceiling,” and enter fields they otherwise would have been excluded from as well as allowing women to get paid equally to their male employee counterparts.

But does “sex,” as written in the employment laws, mean “sexuality?” If so, then the laws would extend to protect gays, lesbians, transgender, or bisexual individuals from discrimination. Until very recently, there was no support for this interpretation—it was not illegal under the law to discriminate against an employee or an applicant for a job on the basis of the employee being gay.

That very question was recently heard, and decided on, by the U.S. Supreme Court. The Court recently held that “sex” as the word is used in employment discrimination laws does include, and thus protect, members of the LGBTQ community.

The decision is major, because it doesn’t just affect federal civil rights employment discrimination laws, but also outlaws individual states from discriminating against members of the LGBTQ community. It is estimated that about 4 million members of the LGBTQ community live in states that do not afford them protections in the workplace under the law.

Adverse Decisions in the Workplace

Like people of color, and like straight women and men, now members of the LGBTQ community cannot have adverse decisions made against them in the workplace, simply because they are LGBTQ. An adverse decision can include a failure to be hired for a job, being passed over for a promotion, being disciplined for no apparent reason, being treated differently at work, and of course, being fired or let go at work. It can also include differences in pay, both starting pay and raises.

Have you been discriminated against at work because of your race or gender? Contact the Miami employment law attorneys at Velasquez & Associates P.A. today with any questions you may have.

By Velasquez & Associates | Posted on July 13, 2020
« Post-Loss Obligations Can’t be Ignored by Homeowners
Can You Win Your Injury Case and Owe Money to the Other Side? »