Don’t Retaliate Against Employees Who Have Workers’ Compensation Claims 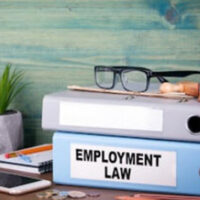 When employers think about discrimination on the job, they often think about sexual harassment, or discrimination against those with disabilities, or against minorities. But there is another kind of discrimination that many companies often overlook: Discriminating against someone who has made a workers’ compensation claim.

Even though Florida is an “at will” employment state, where employees can be fired for any reason, or no reason at all, there are still exceptions to this freedom. One exception lies where many employers may not think to look: In Florida’s workers’ compensation laws.

Because the law is broad, including intimidation and coercion, a wide range of activities by the employer can be construed as violating the law—even informal teasing, ribbing, or harsh treatment.

If a claim for discrimination is alleged, the employer will then need to prove that there was some other reason why the adverse action was taken, aside from the claim for benefits. The worker will then have to show that the employer’s stated reasons were merely pretext.

Damages if There is Discrimination

Employees who feel they were discharged, or had another adverse work action taken against them because of workers’ compensation, can get lost wages, and medical benefits. Some courts even go so far as to say discriminating against an employee that makes a workers’ compensation case is an intentional act, which can open the door to even further damages against the employer, including emotional or non-economic damages such as anxiety, stress, or other “non-quantifiable” damages that are normally associated with a personal injury case.

Courts have often used the same analysis when calculating damages, as they would when there is a claim for sexual harassment, or other federal claim that is made under the federal civil rights act.

When Can You Fire?

We can help you in your employment law needs, whether you are an employee or employer. Get help now. Contact the Miami employment attorneys at Velasquez & Associates P.A. today for help.

By Velasquez & Associates | Posted on March 8, 2021
« Court Rules an Insured Can Only Get Damages That Are in the Insurance Contract
Understanding Florida’s Murder Laws – Degrees of Severity »