Close Menu
Miami Insurance Claims Lawyer > Blog > Property Damage Insurance > Multiple Causes Of Damage After A Storm: What Is And What Is Not Covered?

Multiple Causes Of Damage After A Storm: What Is And What Is Not Covered? 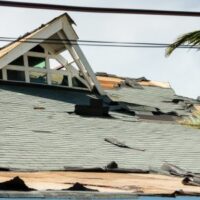 Let’s assume that a hurricane or tropical storm comes through Florida-not an unusual occurrence. The storm causes your property damage. Certainly damage caused by a hurricane is covered, right? Well, you may be surprised to know that many insurance companies don‘t cover “hurricanes.” Rather, they cover the elements of a hurricane individually.

The major sources of damage in a hurricane are wind and flooding, although there can be damage to your property caused by debris. An insurance company doesn’t look at your property and say “Yup, this house was damaged by a hurricane, it’s covered.” Rather, they look at each cause of damage individually.

Let’s assume that a branch falls through your roof. The insurance company may look at the branch and try to say that it fell because you didn’t properly maintain the tree. While it is denying coverage for that, it may approve coverage for wind damage that took shingles off your roof.

Because each provision in your insurance policy is separate-wind, flood, etc. -a big question is how did damage to your property happen? In other words, was it wind or a flood or debris or some other source?

For many homeowners—many who may have evacuated—there may be no actual way to tell what caused what damage. And as a homeowner, having to identify the specific meteorological element that caused damage can seem ridiculous, and it is. But it’s a main way that insurance companies deny claims, or lessen what they have to pay after a storm.

So if a hurricane’s winds blow out a window, and rain comes in flooding the property, what caused the damage—the wind from the storm (covered by the policy) or the subsequent rain and flooding (potentially not covered).

The good news is that Florida has a little known law that says that in the event that your property is a total loss after a covered cause, the insurer must pay out the entire value of the property. This eliminates the ability of the insurer to try to lower what it has to pay, and gives the insured certainty as to what he or she will receive if the property is completely destroyed.

By Velasquez & Associates | Posted on June 1, 2021
« Steps To Becoming A US Citizen
What Are Those Lettered Coverages In Your Insurance Policy? »