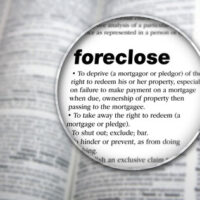 When a homeowner is put into foreclosure, the initial reaction may be to fight the foreclosure. That is very valid; many foreclosures are fraudulent, instituted by the wrong party, or the bank simply doesn’t have the paperwork that it needs in order to foreclose.

Sometimes the homeowner wants to get current, by paying whatever the past missed payments were. By doing that, the homeowner can resume making the normal monthly payments under the mortgage.

In order to reinstate, the homeowner has to know what has not been paid, or what has to be paid to bring the loan current and get out of foreclosure.

A letter must be sent requesting reinstatement. When the letter is sent, the bank or servicer will respond with a dollar figure. The dollar figure needed to reinstate is often a shock to the homeowner. Sometimes that’s because the homeowner doesn’t realize that there are interest, penalties or fees that the bank is permitted to add onto the loan, when payments are late. But sometimes the reinstatement figure is high because the bank is adding things into it that it is not allowed to add.

Often, banks will add fees that are not expressly allowed to be added under the mortgage. For example, banks may add servicer or trustee fees. Not only are these fees not allowed under the loan documents, there is no way of calculating them or making sure they are valid.

Simple math errors can make reinstatement figures inaccurate. A bank may miscalculate when the homeowner’s last actual payment was, or continue to add late fees beyond the point when they can legally be added (usually after acceleration of the entire balance of the loan).

Reinstatement errors prevent a homeowner from exercising his or her rights to reinstate the loan.

We can help you with a strategy to avoid or fight foreclosure. Contact the Miami foreclosure defense attorneys at Velasquez & Associates P.A. today for help.

By Velasquez & Associates | Posted on October 12, 2020
« Should You Worry About Second Liens Foreclosing?
What if Multiple Events Combine to Cause Property Damage? »