Foreclosures and the Professional Witness 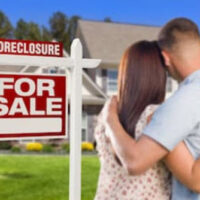 In court, to win a case, you need witnesses. As a general rule, in order to testify, witnesses have to have some basic personal knowledge about whatever testimony they are giving in court. When it comes to foreclosures, banks have developed a special way of getting around this hurdle: professional witnesses, whose sole job it is to go from trial to trial testifying against homeowners.

How Professional Witnesses Came to Be

When the foreclosure crisis was at its height, banks realized they had a problem. They had to go to trial in order to foreclose on a homeowner. However, many of the loans they were foreclosing on had been sold or transferred, sometimes 3 or 4 times since the homeowner originally took out the loan. In many cases, the banks that owned the loan were out of business, or had merged with other, larger banks.

How then can the bank present someone who has “personal knowledge” of the homeowner’s loan? Do they have to track down someone who used to work for a long-defunct bank, and get him or her to testify? Even if a bank could find such people, what is the likelihood that the individual(s) would have any individual recollection of the sole, particular loan that was being foreclosed on?

How many witnesses would the bank even need? If a loan was transferred 2 or 3 times, would the bank need representatives from each bank, or just the most recent one?

Professional Witnesses to the Rescue

In most cases, these professional witnesses had nothing to do with originating the loan, servicing it, or verifying the accuracy of the records that were being introduced in court. They never held an actual position with the bank. Their sole job was to testify in court.

By creating a team of professional testifiers, banks could then train these witnesses to say the right things that would make their testimony admissible, and which would lead to foreclosure of the property.  In some cases, these witnesses are prepped by bank attorneys, who will review the terms of the loan with the witness just before the foreclosure trial.

Florida’s trial and appellate courts assisted the banks in this strategy, loosening the evidentiary standards needed to make testimony or documents admissible in court. For example, no longer did the bank need witnesses from each bank that ever owned or serviced the loan. Instead, one witness from the Plaintiff would be enough so long as that witness could use the “magic words” that case law said were necessary to show personal knowledge.

By Velasquez & Associates | Posted on February 10, 2020
« Florida Courts Don’t Like Homeowners Who Delay Making Claims
Can I Be Fired or Let Go From Employment For No Reason? »