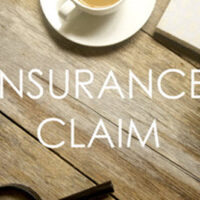 If you have damage to your home and have to make a homeowner’s insurance claim, it goes without saying that you should act as quickly as you can. However, many people do not, and they make their claim too late—sometimes even years after the damage. Is a delay in reporting a claim an automatic bar to getting your property repaired?

The issue has to do with prejudice. Prejudice is another way of saying harm. Courts will ask whether and to what extent the insurance company was harmed by the failure to make the claim on time. An insurance company has a right to investigate a loss, the cause of the loss, and the extent of the loss.

Like any lawsuit involving any type of claim, as time goes on, evidence goes stale. Debris or damage is cleaned up, and other causes contribute to damage. Thus, Courts will ask whether the insurance company was unable to fully and properly investigate the claim because of the late reporting.

In some cases, Courts have said no, that an insurance company was not prejudiced in being able to evaluate the claim. However, in other cases, delay has been found to prejudice the insurance company, and thus bar the claim for damages.

In a 2018 case, a homeowner reported damage fifteen months after it happened. The appellate court said that despite the delay, the insurance company still could investigate the cause of the damage. However, the time that had passed made it impossible for the insurance company to determine the extent of the damage to the property. Thus, the homeowner’s claim was denied.

In other cases, such as with hurricane damage, courts have been more lenient. In those types of cases, experts can safely testify that the passage of time would not alter the insurance company’s ability to determine what caused damage, or the cost of the damage.

Of course, this is no excuse to delay when making a homeowner’s insurance claim. Insurance companies will do whatever they can to deny coverage. Don’t give them a good excuse by waiting too long to report damage to your property.

If your insurance company is denying coverage for needed repairs to your home, we can help. Contact the Miami property damage insurance attorneys at Velasquez & Associates P.A. today with any questions you may have.

By Velasquez & Associates | Posted on February 3, 2020
« Sewage Backups: Do You Have Insurance Coverage?
Foreclosures and the Professional Witness »