Sewage Backups: Do You Have Insurance Coverage? 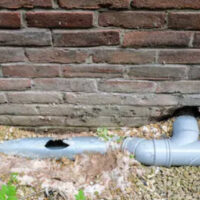 When we talk about damage to property and the kind of losses that lead to homeowner’s insurance claims, we often talk about wind, storms, or water leakage (and sometimes even damage by wild animals). But there’s an even more repulsive form of damage: backed up sewage.

You would think that most insurance companies would readily cover such a horrendous form of intrusion into a home, but in fact, many policies contain exclusions when it comes to damage caused by backed up sewage.

Why Claims are Denied

What makes these kinds of cases difficult is that sewage lines are interconnected. You have no control over the lines or plumbing under the ground that runs throughout your city or neighborhood, and the insurance company does not want to be responsible for damage caused by a backup or a problem caused by pipes that may not be maintained by the city or country where you live.

This means that when sewage backs up damaging property, the issue often becomes where the backup occurred. If the backup, damaged pipes, or blockage occurred on or in your property, the exclusion usually will not apply, and there will be coverage. When the problem emanates from somewhere other than on your property, the exclusion (meaning there is no coverage) will usually apply. Furthermore, exclusions usually will not apply to any property where the septic system is completely contained on site.

The way that these sewage provisions are interpreted is somewhat problematic because as a homeowner, you can inspect and repair the sewage lines on your property, but you have no control over how the city manages or maintains its piper or sewage lines. That means that in many policies, you are excluded from coverage for a risk that you have no ability to minimize or control.

In most cases, the insurance company will deny your claim without even investigating where the problem began. Many adjusters are unaware of the Florida law that overrides the specific exclusion (sometimes called a “water backup exclusion”) of coverage.

In order to determine exactly where the problem began, and whether it began on your property, you will need an expert. Obviously, time is of the essence when there is a sewage backup in your property, which means that you don’t have extended time to argue with an insurance company over whether the loss is covered or not.

The good news is that if you do have a self-contained sewage system, you will usually have an easier time from the outset getting coverage for any sewage based damages.

If your insurance company is denying coverage or trying to pay you less than what you need for repairs to your property, fight back. Contact the Miami property damage insurance attorneys at Velasquez & Associates P.A. today with any questions you may have.