Close Menu
Miami Insurance Claims Lawyer > Blog > Homeowners Association Claims > Can You Sell Your Home Or Property While You Are Making An Insurance Claim?

Can You Sell Your Home Or Property While You Are Making An Insurance Claim? 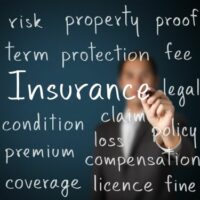 Let’s say that your home, or the property inside your home, is damaged because of some catastrophe. You make an insurance claim, and the insurance company either denies the claim, or else offers to give you an amount far less than what is needed to repair or replace your property.

You hire an insurance claim attorney, but as time goes on, you need to do something with the damaged property. Keeping, for example, a non-working oven or a couch soiled with water or a rug that is full of mildew, just isn’t practical. Alternatively if the claim takes a while to resolve, you may find yourself in a position where you need to move.

The problem you may have is that the insurance company may claim that you are destroying, or spoliating evidence, by doing that. It is illegal to destroy evidence when it is foreseeable that the evidence is needed in a case.

Here are the competing interests:

-On the one hand, a homeowner shouldn’t have to store or save ruined or damaged (or in the case of a mildew rug, potentially dangerous) items in the person’s house. Or, a homeowner isn’t forever tied to his home, without the ability to move, just because there is an insurance claim related to the home.

-On the other hand, the damaged property or the home itself is evidence that the insurance company claims that it needs to fully investigate the claim, or try the case in court.

A recent case discussed just this issue. The homeowner’s position was that the homeowner should be able to sell the home, or dispose of property, even while an insurance claim lawsuit was pending. The homeowner contended that the insurer had the right to inspect the damaged property or the home, and that inspection should be enough evidence for the insurance company to use in court.

Because of the right to this full inspection, the court found that the insurance company is in no way prejudiced just because the property is disposed of (or because the home itself is sold). The insurance company’s use of adjusters, experts, investigators, and photos and videos, should be enough to preserve the insurer’s claim and protect its interests.

By Velasquez & Associates | Posted on March 21, 2022
« The Time Frame And Steps In A Personal Injury Case
How To Keep Your Home Safe For Visitors »